Today we are happy to present you special report from our friend Cordula from Take That TB organization: 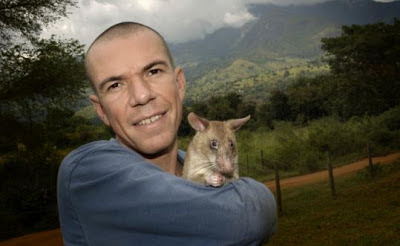 We are happy to welcome Bart Weetjens today who is the founder of APOPO. He told us many interesting things concerning the APOPO idea, the rat training and the amazing work of these small intelligent animals. There are many things to say. The rats are originally trained for landmine detection but Bart found out that people dying from landmines compared with people dying from Tuberculosis, are the minority. He says that every life hast the same value but that detecting TB is an urgent need as every 20 seconds a human being dies because of TB. TB has to be detected as early as t to give the patients an adequate treatment. 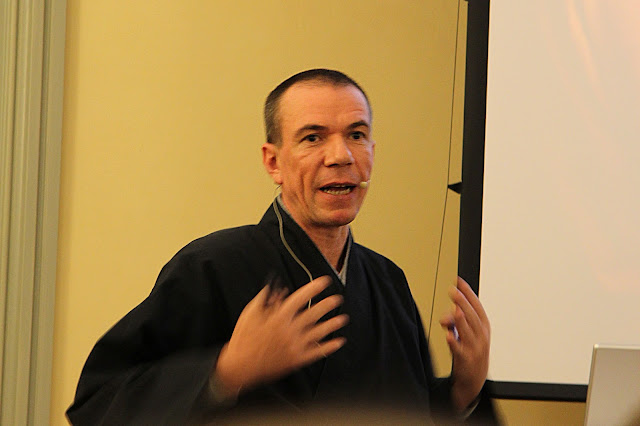 Bart Weetjens loved playing with his pet rats when he was a young boy. Years later, as a student at the University of Antwerp, Bart applied the idea of using rodents for mine detection as an outcome of his analysis of the global mine detection problem.


Due to his childhood experience, he knew that rats, with their strong sense of smell and trainability, could provide a cheaper, more efficient, and locally available means to detect landmines. Early research into this technology began in Belgium, with initial financial support given from the Belgian Directorate for International Co-operation (DGIS) in 1997 to develop the concept.


In 2000, APOPO moved its headquarters to Morogoro, Tanzania, following partnerships with the Sokoine University of Agriculture and the Tanzanian People’s Defence Force. Now housed by the University, APOPO trains the rats – termed HeroRATs because of their life-saving capabilities – in near-to-real conditions.


In 2008, APOPO provided proof of principle for the utilization of trained rats in detecting pulmonary tuberculosis in human sputum samples. In 2010, APOPO launched a three-year research plan to closely examine the effectiveness of detection rats in diagnosing tuberculosis, in comparison to other diagnostic technologies, and to focus on future implementation models.


Tuberculosis is one of the deadliest diseases in the world, responsible for 9.2 million new illnesses and 1.7 million deaths each year, mainly in poor countries. Rat detection technology is aiding DOTS programs to help diagnose vulnerable populations.


APOPO trains Detection Rats to detect Mycobacterium tuberculosis in human sputum samples. In APOPO’s laboratory in Tanzania, rats sniff a series of 10 holes in a line cage, under which human sputum samples are placed for evaluation. When a rat detects TB, it indicates by keeping its nose in the sample hole and scratching at the surface of the line cage. 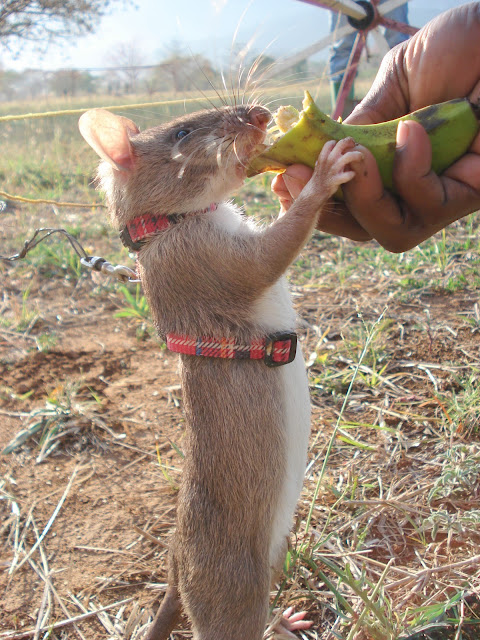 
Currently, in most of the world, tuberculosis is detected through microscopy, a method that has not changed significantly in the last 100 years. Microscopy is relatively slow: on average, a laboratory technician can process 40 samples per day, while a trained rat can evaluate the same number of samples in less than seven minutes.


In the future, APOPO hopes Detection Rats will become a key instrument in curbing the spread of Tuberculosis worldwide. Exceptionally fast, accurate, and cost-effective, Detection Rats have an important role to play in screening large and at-risk populations


·        Fellow for the Schwab Foundation for Social Entrepreneurship - Awarded to founder, Bart Weetjens

Please support the wonderful work by adopting a rat:

Read more about APOPO here:
http://www.apopo.org/en/
Posted by Alexandru Corlateanu at 10:39 AM No comments:


Posted by Alexandru Corlateanu at 1:05 AM No comments:

Dear friends, we are continuing our campaign ResPublic! 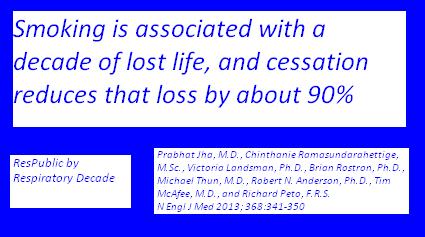 Posted by Alexandru Corlateanu at 5:56 AM No comments:

Happy Respiratory Weekend to everybody!!!

Posted by Alexandru Corlateanu at 2:54 AM No comments:

Posted by Alexandru Corlateanu at 10:00 AM No comments:

Survey on Smoking cessation in COPD and other pulmonary disorders

An ERS Task Force is currently working to produce a consensus statement on Smoking cessation in COPD and other pulmonary disorders in smokers who are not willing to quit. To inform the work of this group, the ERS and ELF have developed an online survey asking smokers with lung conditions across Europe about their experiences of having a lung condition, smoking, and trying to quit. 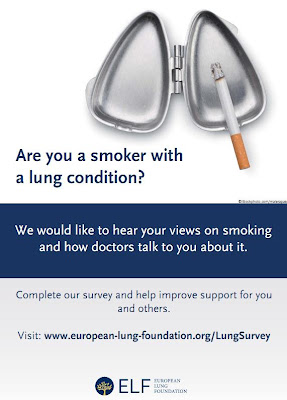 There is little substantive research for this group and the success of this survey could give insight into the attitudes of smokers with lung conditions and help develop patient-focused approaches with better long-term outcomes.