This Respiratory Sunday new Depeche Mode song for you:

Posted by Alexandru Corlateanu at 9:44 AM No comments: 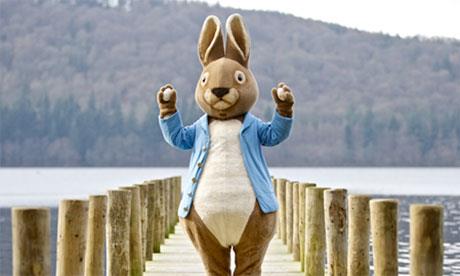 The most important Respiratory event of the year

Dear friends we are happy to invite you at the most important Respiratory event of the year! European Respiratory Society is organizing Congress at Barcelona, Spain! 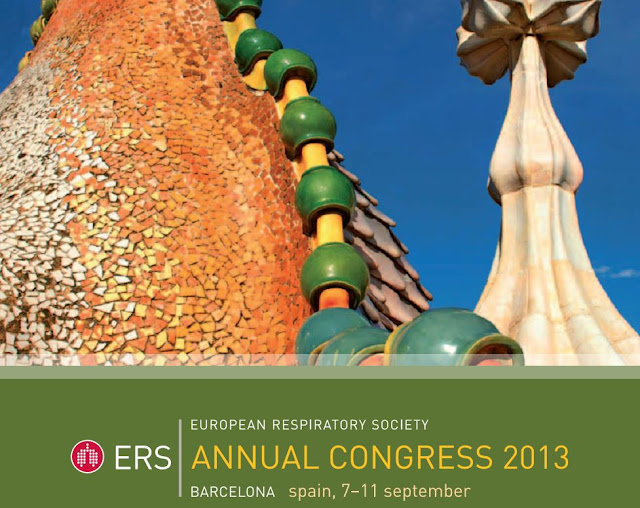 The Scientific Programme runs from Saturday 7 September 2013 (09:00) to Wednesday 11 September 2013 (12:45), and is highly comprehensive and addresses the latest advances in clinical diagnosis and treatment of lung disease. It comprises over 60 Symposia, Year in Reviews, Hot Topics and Grand Rounds, as well as some 260 Free Communication sessions, which include Oral Presentations, Poster Discussions and Thematic Posters, and a series of Evening Symposia, Evening Mini-Symposia, Evening Expert Forums and Practical Workshops organised by industry. A regularly updated version of the Scientific Programme, including a day-by-day guide to sessions, is available online at www.erscongress2013.org.
Posted by Alexandru Corlateanu at 11:49 AM No comments:

Ending AIDS, Tuberculosis and Malaria: How the Global Fund Can Make the Difference 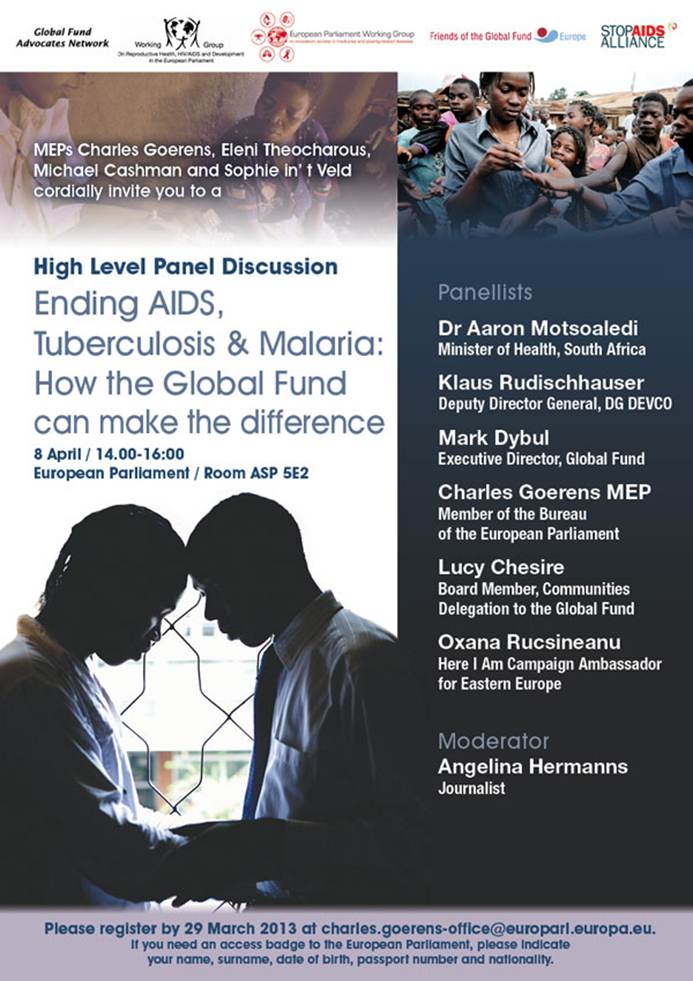 Posted by Alexandru Corlateanu at 12:36 PM No comments:

Multidrug-resistant tuberculosis (MDR-TB), defined as active TB cases infected by Mycobacterium tuberculosis strains that are resistant to isoniazid and rifampicin (the two most important anti-TB drugs currently in use), and extensively drug resistant tuberculosis (XDR-TB), defined as active TB cases caused by infection with strains that are resistant to at least one fluoroquinolone and one injectable second-line anti-TB drug in addition to resistance to isoniazid and rifampicin, attract interest at different levels. In recent years the alarming rates of MDR- or XDR-TB in Eastern Europe and some other parts of the world, have resulted in strong expressions of concern from national and international partners, health authorities, and professional societies. 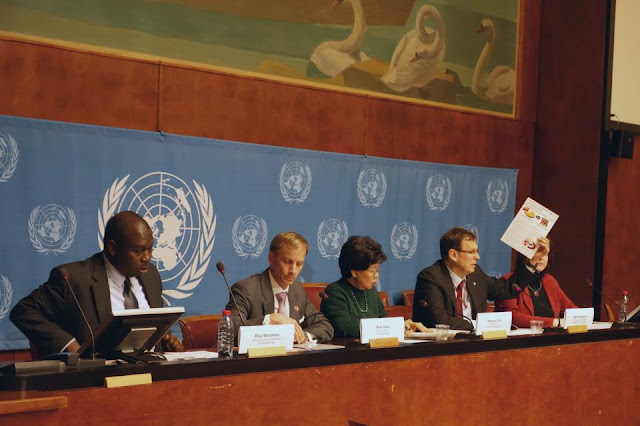 A new online system, which will provide advice on the clinical management of complicated TB cases, is due to be launched by the European Respiratory Society (ERS) -WHO Electronic Consilium.
The consilium, which was launched during the ERS Congress in 2012, was established to provide the opportunity for clinicians and other professionals with TB expertise to support physicians in Europe in the management of TB.
The consilium will provide advice on the treatment of drug-resistant TB and other difficult-to-treat TB cases, including co-infection with HIV and paediatric cases.
A secondary aim of the online system will be to monitor and evaluate clinical practice and look at common pitfalls and trends in treatment of the condition. It is hoped that this will allow for comparison of how cases are treated to help improve TB control.


Air pollution remains a concern for public health and the environment, according to the most recent analyses published by the European Environment Agency.  2013 is the Year of Air!
We are starting today series on air pollution first article from Chris Sherrington, who is an environmental economist, with PhD research into socio-economic constraints on the development of renewable energy in the UK. 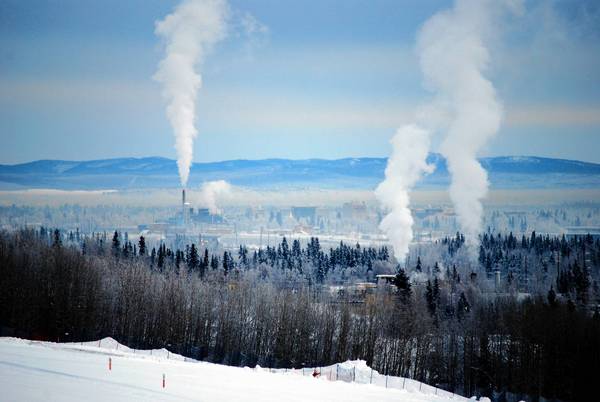 There’s something undeniably appealing about a wood fire and even the smell of wood smoke wafting down from someone’s chimney. Perhaps it stirs something deep within us, evoking a time when fire meant safety, and an alternative to raw food, in a world much more dangerous than that we inhabit today. A gas hob and a combi boiler just don’t offer the same appeal. Whether it be this ancestral attachment, or the more prosaic drivers of increased gas and electricity prices, burning wood is enjoying a resurgence. Sales of domestic woodburning stoves have rocketed over the past few years.[1]
Wood-burning is attractive to many who see it as harmless, homely and, since wood is a renewable resource, green. But I’m increasingly concerned that wood has a range of environmental downsides as a fuel. In this article I want to ask whether we understand what the trend for biomass means for air quality. The answer, as we shall see, is yes - but also no. It is certainly not clear that air quality legislation is geared up to tackling what may be a growing problem.
While there is increasing evidence that particulate air pollution derived from wood-burning stoves can lead to a number of adverse health effects, the magnitude of these impacts is little understood. I plan to return in a future article to the nature of the damage for which there is evidence, but suffice it to say that there are associations with acute and chronic illnesses. Our lack of a clear understanding is in large part due to the fact that while such emissions are, in theory, subject to regulations intended to protect UK air quality, no-one really knows what is being burnt by whom. Meanwhile, enforcement of existing legislation would appear to be virtually non-existent.

Anti-smoking law
The Clean Air Act 1993 (a consolidation of 1956 and 1968 legislation) aims to safeguard public health from emissions of smoke. In particular it empowers local authorities to declare smoke control areas in which, under Section 20, it is an offence to emit smoke from chimneys. However, households in those areas may use an “authorised” smokeless fuel, which could be
(a) anthracite;
(b) semi-anthracite;
(c) electricity;
(d) gas;
(e) low volatile steam coals; or
(f) one of the fifty nine fuels described in the current Smoke Control Areas (Authorised Fuels) Regulations[2]. These are typically briquettes or fire logs.
In addition, Section 21 of the 1993 Act provides that:
the Secretary of State may, by order, exempt specified classes of fireplace from the provisions of Section 20 if satisfied that they can be used for burning fuel other than authorised fuels without producing any, or a substantial quantity of, smoke.
This does not mean that exempt fireplaces are allowed to burn any fuels. The types of fuel permitted to be used with each exempt appliance listed in the current Smoke Control Areas (Exempt Fireplaces) Regulations[3], are clearly identified. Moreover, the regulations specify that appliances are to be operated according to specific parameters, typically relating to airflow. For example, some appliances must be fitted with mechanical stops to prevent closure of the air control beyond a certain position; a fire that has little oxygen burns less cleanly and produces more smoke.
Compliance with the regulations is therefore no simple matter, requiring knowledge of whether you live in a smoke control area, and if so, the specific fuels that may be burned in your particular appliance, and the restrictions on their operation.
While the regulations are clear and specific, that doesn’t make them easy to enforce. Good monitoring is the key, but when dealing with a huge number of point source emitters, producing variable and intermittent emissions this is a considerable challenge. It is particularly acute bearing in mind that this task falls to cash-strapped local authorities.
I recently spoke with a local authority pollution control officer who expressed the opinion that there was widespread understanding among householders of the requirements in respect of smoke control areas. I find this questionable – but even if the rules are understood, this does not mean everyone is acting within the letter of the law. The officer further explained that enforcement typically stems from complaints by members of the public. Essentially the approach taken is reactive, and based on neighbours’ perceptions of nuisance rather than any objective measure of air quality.

Burn notice
With wood-burning stoves on the rise, perhaps we need to think again about how to monitor and enforce in this area if we’re to avoid a return to the smoggy air of industrial Britain. A feasible alternative might be to require every household wanting to use a solid fuel burning appliance to apply for a licence, in which they would have to describe the appliance and the fuel used. Other details relevant to regulatory risk could also be recorded, such as whether it was the primary or an auxiliary source of domestic heat.
This simple step would certainly increase householders’ awareness of authorised fuels, permitted appliances, the fuels they could burn in these appliances, and the associated operational restrictions. It would help to bring into line those who inadvertently flout the regulations.
It would also greatly help local authorities, by enabling them to focus regulatory resource on heavier users and those with less efficient appliances, alongside random checks. If smoke was spotted or reported from a home that had no licence, this would attract enforcement.
Equally importantly, knowing the number, and location, of households using solid fuel combustion as the primary or secondary source of domestic heat, would assist in developing a better picture of the extent of the emissions produced within any given area or across the UK.
While this could be a useful first step, there are many more questions to be answered: On what basis should smoke control areas be chosen, and what should we actually be looking to control? The focus of the Clean Air Act is squarely on visible smoke. There is no consideration of, for example, particulate matter, nitrogen oxides, or sulphur dioxide. With our greater information and computational power should we not now be considering the cumulative impacts of domestic wood smoke in specific locations, taking account of variations in ambient air quality, and the number of people affected?
The health impacts of specific emissions will vary depending on factors such as topography, weather and the number of nearby ‘sensitive receptors’- notably us, that may be harmed by the presence of the smoke. The Clean Air Act does not do this. In theory, every single house in the country could burn solid fuel, in ways fully compliant with the Act, with unimaginable consequences for the air that we breathe. While the implementation of the original Clean Air Act in 1956 undeniably led to considerable health improvement, it is arguably not fit for purpose in 2013. Moreover, with DECC enthusiastically promoting the combustion of biomass through the Renewable Heat Incentive, I do wonder whether the issue of air quality is receiving the full attention of central government.
From 1st April 2013 local authorities will take on a range of public health responsibilities, giving them a much stronger incentive to take action on activities that may have detrimental effects. The inclusion of air pollution as one of the health protection indicators in the Public Health Outcomes Framework[4] will thus enable Directors of Public Health to prioritise action on air quality in their local area. However, without knowing the extent to which the domestic burning of solid fuel contributes to poor local air quality, identifying cost-effective interventions will be difficult. Accordingly, I suspect that any subsequent action may well focus solely on emissions from transport, where data quality is better but the marginal abatement costs would, I imagine, be much higher. Appropriate, cost-effective, management of our desire for a living flame therefore appears dependent on being able to accurately identify and attribute impacts, and the extent to which the evidence enables us to do this is something I will be exploring in a future article.

Dear Respiratory Friends today we are inviting you to the International Conference on Mechanical Ventilation in Madrid!

The International Conference on Mechanical Ventilation has become throughout the years in one of the main international forums aimed to present, analyze, discuss and promote the knowledge translation from last published research into the routine clinical management of critical ill patients requiring mechanical ventilation. This Conference is the result of collaboration between Dr. Jesús Villar from the Hospital Universitario Dr. Negrín in Las Palmas de Gran Canaria (Spain), and Dr. Arthur Slutsky from St. Michael´s Hospital in Toronto (Canada). The programme includes lectures, workshops, and sufficient time for discussion. This Conference pursuits informal interaction between the audience and the guest lecturers, who are recognized international experts on the field. The event official languages are English – Spanish (simultaneous translation is available). 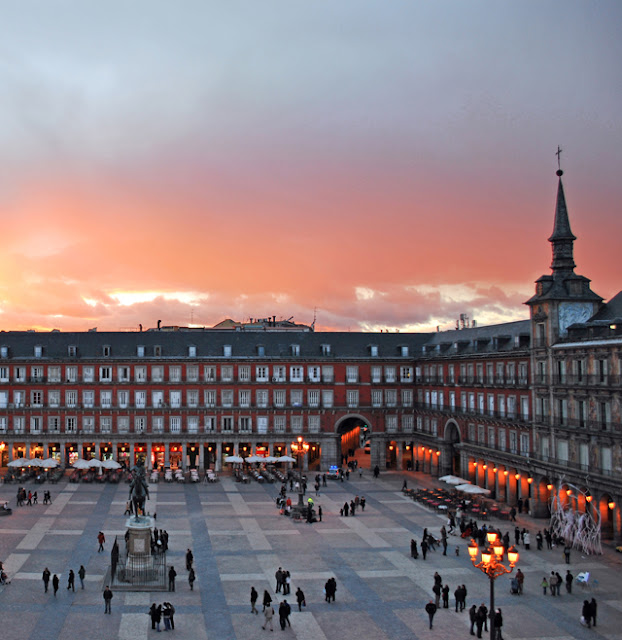 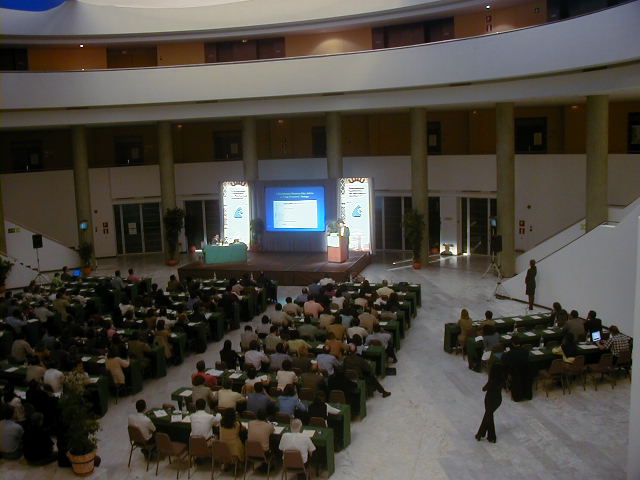 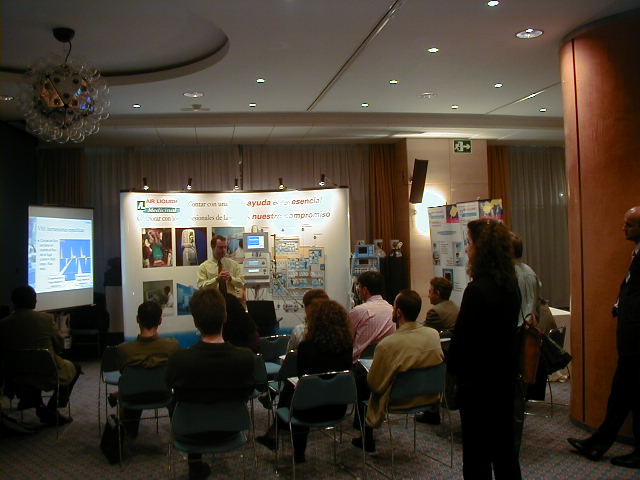 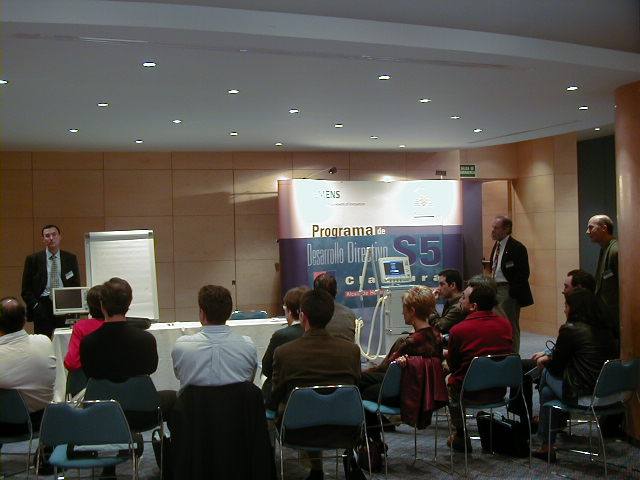 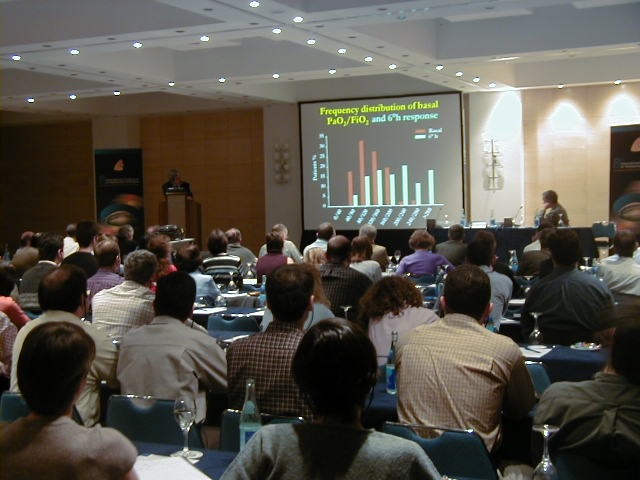 Posted by Alexandru Corlateanu at 12:24 AM No comments: