GINA has added an important addition to the resources that we offer to assist practitioners treating patients with asthma. A new Pocket Guide, “Diagnosis and Management of Difficult-to-treat and Severe Asthma in adolescent and adult patients” is now available on the GINA website, www.ginasthma.org. Embracing the issue of severe asthma was a critical goal for the GINA Board of Directors and Science Committee, as their mission remains focused on maximizing benefit for patients with asthma whilst minimizing healthcare provider burden. 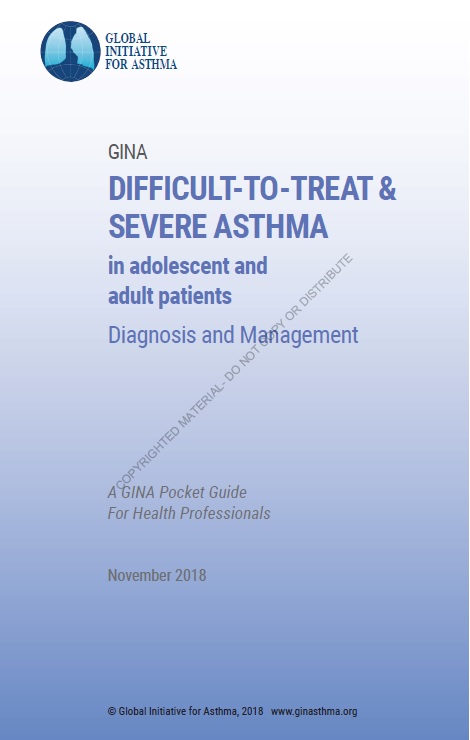 Prof. Helen Reddel, Chair of the GINA Science Committee and a research leader at the Woolcock Institute of Medical Research in Sydney, Australia, stated “Difficult-to-treat and severe asthma are high priority issues because of the physical, emotional and financial burden for patients and their families, and the impact on primary and specialist healthcare systems. Clinicians in both low and high income countries need practical advice about how to assess and treat patients for whom conventional asthma therapies don’t seem to be working, and about how treatment strategies, including biologic therapies if available, can be implemented into patient care.”
The need for a practical resource addressing severe asthma was made apparent to the GINA Science Committee and Board of Directors from responses to a survey of members of the GINA Assembly, which is a group of physician volunteers around the world who actively disseminate GINA strategy in their respective countries. Two particular needs identified were (1) at what point should a patient be referred to a specialist, and (2) guidance for biologic therapies.

THE GOALS OF THE POCKET GUIDE ARE STATED ON PAGE 4:
The goal of this Pocket Guide is to provide a practical summary for health professionals about how to identify, assess and manage difficult-to-treat and severe asthma in adolescents and adults. It is intended for use by general practitioners (GPs, primary care physicians), pulmonary specialists and other health professionals involved in the management of people with asthma.
The recommendations in this Pocket Guide were based on evidence where good quality systematic reviews or randomized controlled trials or, lacking these, robust observational data, were available, and on consensus by expert clinicians and researchers, where not. Development of the Pocket Guide and decision tree included extensive collaboration with experts in human-centered design to enhance the utility of these resources for end-users. This means translating existing high level lowcharts and text-based information to a more detailed visual format, and applying information architecture and diagramming principles.
Posted by Alexandru Corlateanu at 8:38 AM 64 comments: 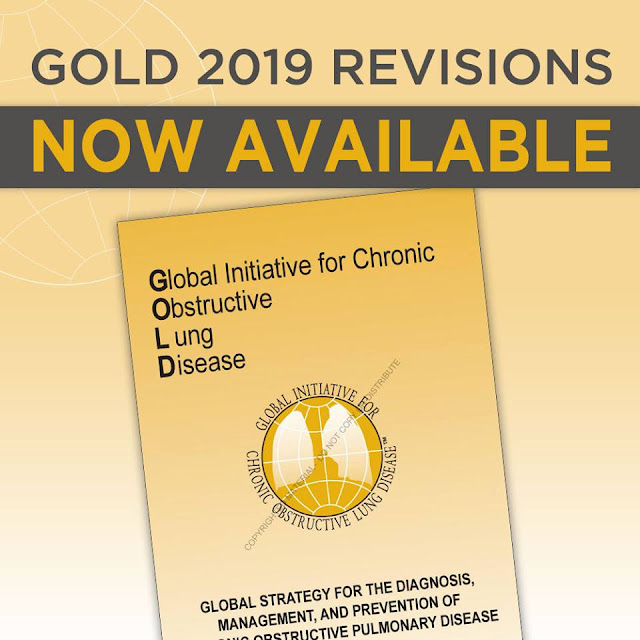 World COPD Day is organized by the Global Initiative for Chronic Obstructive Lung Disease (GOLD) in collaboration with health care professionals and COPD patient groups throughout the world.
Its aim is to raise awareness about chronic obstructive pulmonary disease (COPD) and improve COPD care throughout the world.
Please join us in showing your support online using #WorldCOPDDay and #COPDDay to shed light on critical issues surrounding COPD and lung health.
2019 GOLD Reports are available now on official website:
https://goldcopd.org/gold-reports/
Posted by Alexandru Corlateanu at 10:33 AM 431 comments:

Chronic obstructive pulmonary disease (COPD) is currently the fourth leading cause of death in the world and its incidence and prevalence is on the rise. It is evident that COPD is linked to cardiovascular disease. In the last years, several studies demonstrated that COPD may also be a risk factor for stroke, another major cause of death worldwide.

Taking in consideration that COPD has multiple comorbidities it is hard to say whether COPD is an independent risk factor for stroke or it is due to confounding effect. This review is aimed to discuss current data on COPD and stroke, potential links, therapy, and prevention. Current data suggest that COPD may increase the risk of hemorrhagic stroke. The incidence of other stroke subtypes may also be increased in COPD or may be due to confounding effect. However, COPD patients who have stroke are at risk for pulmonary and extrapulmonary complications. We conclude that more studies are needed to further clarify the links between COPD and stroke. The management of COPD as well as the use of prevention therapy is essential to decrease the risk for stroke and should be at special attention in pulmonary medicine and neurology.
First 50 free online copies:
https://www.tandfonline.com/eprint/pRdiFwmv3BetmbMjk7zQ/full
Posted by Alexandru Corlateanu at 11:23 PM 16 comments:

Today marks the 20th annual #WorldAsthmaDay!
The 2018 update of the Global Strategy for Asthma Management and Prevention incorporates new scientific information about asthma based on a review of recent scientific literature by an international panel of experts on the GINA Science Committee. This comprehensive and practical resource about one of the most common chronic lung diseases worldwide contains extensive citations from the scientific literature and forms the basis for other GINA documents and programs. 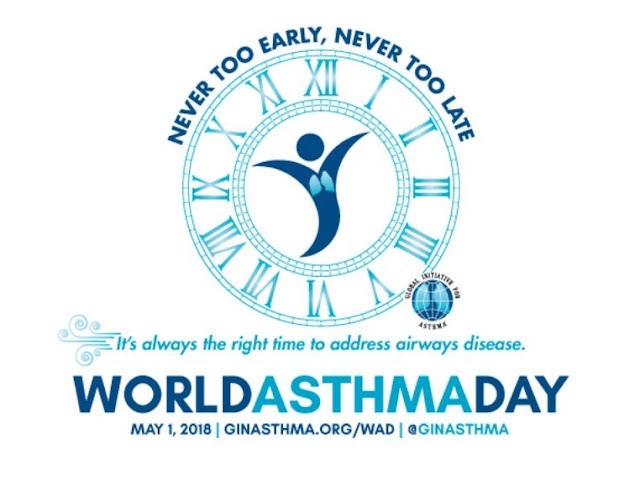 Posted by Alexandru Corlateanu at 2:02 AM 22 comments:

Evidence-Based Inhaler Therapy for COPD in 2018

See the winner of the 2018 Best of ATS Video Lecture Series: Penn PET Project: Evidence-Based Inhaler Therapy for #COPD
Posted by Alexandru Corlateanu at 8:46 AM 5 comments:

The Informing the Pathway of COPD Treatment (IMPACT) trial, now reported in the The New England Journal of Medicine, aims to fill this gap with a report on the effectiveness of LAMA–LABA–inhaled glucocorticoid treatment, contained in a single inhaler, in COPD.
Background
The benefits of triple therapy for chronic obstructive pulmonary disease (COPD) with an inhaled glucocorticoid, a long-acting muscarinic antagonist (LAMA), and a long-acting β2-agonist (LABA), as compared with dual therapy (either inhaled glucocorticoid–LABA or LAMA–LABA), are uncertain.
Methods
In this randomized trial involving 10,355 patients with COPD, we compared 52 weeks of a once-daily combination of fluticasone furoate (an inhaled glucocorticoid) at a dose of 100 μg, umeclidinium (a LAMA) at a dose of 62.5 μg, and vilanterol (a LABA) at a dose of 25 μg (triple therapy) with fluticasone furoate–vilanterol (at doses of 100 μg and 25 μg, respectively) and umeclidinium–vilanterol (at doses of 62.5 μg and 25 μg, respectively). Each regimen was administered in a single Ellipta inhaler. The primary outcome was the annual rate of moderate or severe COPD exacerbations during treatment. 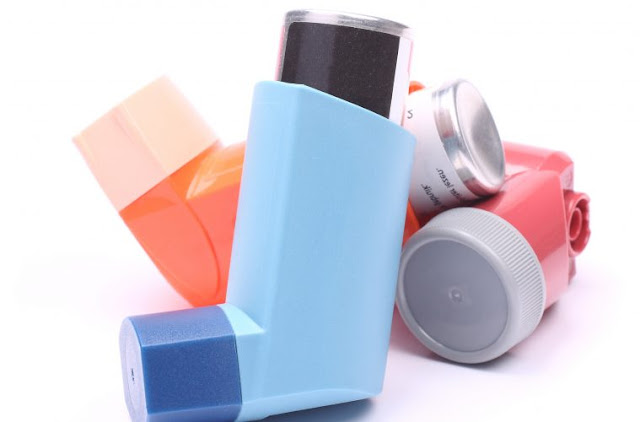 Posted by Alexandru Corlateanu at 11:08 AM 12 comments:

According to a study published in the these days in BMJ, a significant increase in prices of cigarette would aid millions of people at the global level to avoid poor health and extreme poverty.
Objective To examine the impact of a 50% increase in market prices of cigarettes on health, poverty, and financial protection.
Design Compartmental model study.
Setting 13 middle income countries, totalling two billion men.
Participants 500 million male smokers. 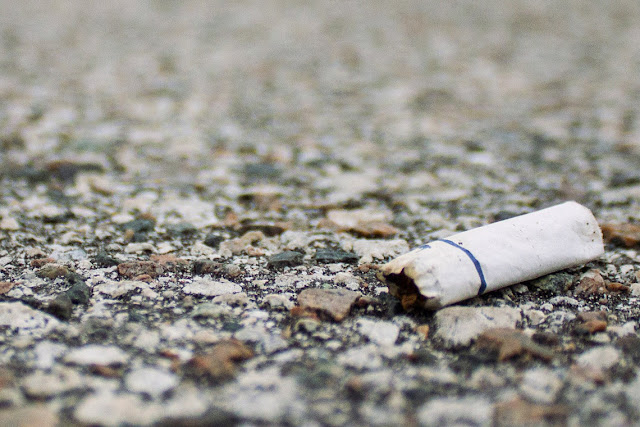 What is already known on this topic

What this study adds

Full text
Posted by Alexandru Corlateanu at 2:01 AM 18 comments: