Breath tests cover the fraction of nitric oxide in expired gas (FeNO), volatile organic compounds (VOCs), variables in exhaled breath condensate (EBC) and other measurements. For EBC and for FeNO, official recommendations for standardised procedures are more than 10 years old and there is none for exhaled VOCs and particles. The aim of this document is to provide technical standards and recommendations for sample collection and analytic approaches and to highlight future research priorities in the field. For EBC and FeNO, new developments and advances in technology have been evaluated in the current document. This report is not intended to provide clinical guidance on disease diagnosis and management.
Clinicians and researchers with expertise in exhaled biomarkers were invited to participate. Published studies regarding methodology of breath tests were selected, discussed and evaluated in a consensus-based manner by the Task Force members.

Recommendations for standardisation of sampling, analysing and reporting of data and suggestions for research to cover gaps in the evidence have been created and summarised.
Application of breath biomarker measurement in a standardised manner will provide comparable results, thereby facilitating the potential use of these biomarkers in clinical practice.
Full text:
http://erj.ersjournals.com/content/49/4/1600965
Posted by Alexandru Corlateanu at 11:35 PM No comments:

Relationship of Allergy with Asthma: There Are More Than the Allergy “Eggs” in the Asthma “Basket” (Free full text from 2017 Frontiers in Pediatrics)

Asthma and allergy share a similar and very close course, especially through childhood. Considerable research effort has been put in untangling these associations; however, it is now becoming obvious that this is an exceedingly difficult task. In fact, each research breakthrough further perplexes this picture, as we are steadily moving toward the era of personalized medicine and we begin to appreciate that what we thought to be a single disease, asthma, is in fact an accumulation of distinct entities. In the context of this “syndrome,” which is characterized by several, as of yet poorly defined endotypes and phenotypes, the question of the link of “asthma” with allergy probably becomes non-relevant. In this review, we will revisit this question while putting the emphasis on the multifaceted nature of asthma. 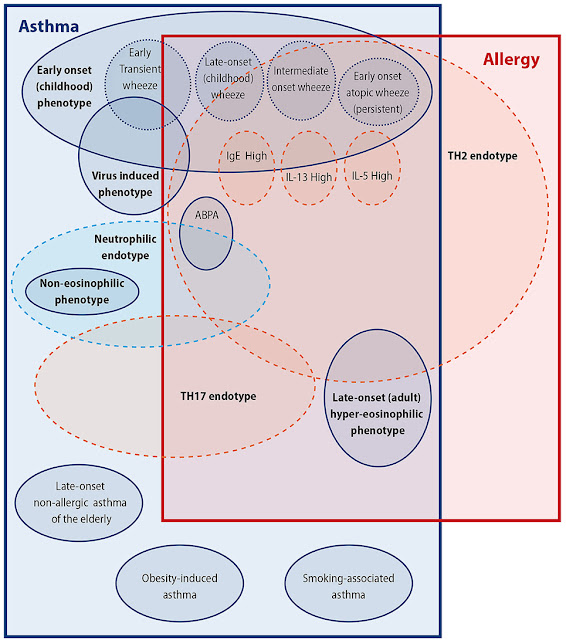 Read new article on hot topic paucigranulocytic asthma in comparison with another inflammatory asthma phenotypes! The emergence and increasing availability of validated, feasible non-invasive methods of assessment of inflammation has led to a greater understanding of inflammatory phenotypes in asthma. Two distinct and apparently stable sputum inflammatory phenotypes have been described, eosinophilic and non-eosinophilic, which have a differential treatment response, particularly to glucocorticosteroids. The classification has been further revised:  eosinophilic, neutrophilic, mixed granulocytic (raised eosinophils and neutrophils) and paucigranulocytic (normal levels of eosinophils and neutrophils).

According to induced sputum cell count, four different asthma phenotypes have been recognised(eosinophilic, neutrophilic, mixed and pauci-granulocytic). The aim of the present study was to detect functional and inflammatory characteristics of patients with pauci-granulocytic asthma.

240 asthmatic patients were categorised in the four phenotypes according to cell counts in induced sputum. All patients underwent pulmonary function tests, and measurement of FeNO. The levels of IL-8, IL-13, and ECP were also measured in sputum supernatant. Treatment, asthma control and the presence of Severe Refractory Asthma(SRA) were also recorded.

Pauci-granulocytic asthma most likely represents a “benign” asthma phenotype, related to a good response to treatment, rather than a “true” phenotype of asthma. However, pauci-granulocytic patients that remain not-well-controlled despite optimal treatment represent an asthmatic population that requires further study for potential novel targeted interventions.
Direct link to article:
http://onlinelibrary.wiley.com/doi/10.1111/all.13184/abstract
Posted by Alexandru Corlateanu at 12:18 AM No comments: 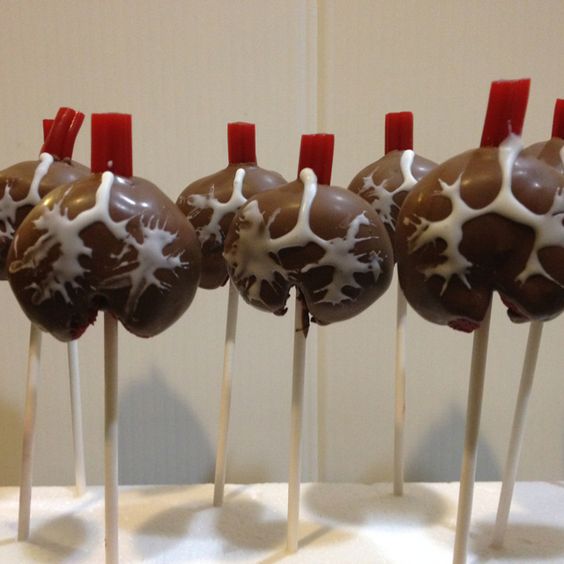 We want to wish Happy Easter to you and your families!
We are grateful for your outstanding contribution to Respiratory Decade in the world and your continuing support of Respiratory Decade campaign!
Posted by Alexandru Corlateanu at 7:52 AM No comments:

Phenotyping Before Starting Treatment in COPD? (Free full text from Journal of COPD 2017)

Chronic Obstructive Pulmonary Disease (COPD) is a heterogeneous and complex disease with great morbidity and mortality. Despite the new developments in the managements of COPD, it was recognized that not all patients benefit from the available medications. Therefore, efforts to identify subgroups or phenotypes had been made in order to predict who will respond to a class of drugs for COPD.

This review will discuss phenotypes, endotypes, and subgroups such as the frequent exacerbator, the one with systemic inflammation, the fast decliner, ACOS, and the one with co-morbidities and their impact on therapy. It became apparent, that the “inflammatory” phenotypes: frequent exacerbator, chronic bronchitic, and those with a number of co-morbidities need inhaled corticosteroids; in contrast, the emphysematous type with dyspnea and lung hyperinflation, the fast decliner, need dual bronchodilation (deflators). However, larger, well designed studies clustering COPD patients are needed, in order to identify the important subgroups and thus, to lead to personalize management in COPD.

This is an Accepted Manuscript of an article published by Taylor & Francis in COPD: Journal of Chronic Obstructive Pulmonary Disease on 7 April 2017, available online: http://www.tandfonline.com/eprint/JjF9xAcnsrjwNYAuysBI/full
Posted by Alexandru Corlateanu at 12:31 PM No comments: 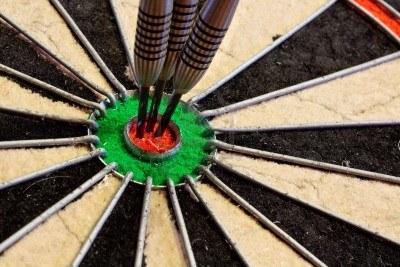 For this double-blind, parallel-group, randomised, controlled trial, eligible patients had COPD, post-bronchodilator forced expiratory volume in 1 s (FEV1) of less than 50%, at least one moderate-to-severe COPD exacerbation in the previous 12 months, and a COPD Assessment Test total score of at least 10. After a 2-week run-in period receiving one inhalation per day via single-dose dry-powder inhaler of open-label 18 μg tiotropium, patients were randomised (2:2:1) using a interactive response technology system to 52 weeks treatment with tiotropium, fixed triple, or open triple. Randomisation was stratified by country and severity of airflow limitation. The primary endpoint was moderate-to-severe COPD exacerbation rate. The key secondary endpoint was change from baseline in pre-dose FEV1 at week 52. The trial is registered with ClinicalTrials.gov, number NCT01911364.

In our TRINITY study, treatment with extrafine fixed triple therapy had clinical benefits compared with tiotropium in patients with symptomatic COPD, FEV1 of less than 50%, and a history of exacerbations.
Full text is

HERE
Posted by Alexandru Corlateanu at 10:46 AM No comments:

News alert: According to the last Pharma R&D 2017 Review, Respiratory Drugs the only group decreasing

Pharma R&D 2017 Review, presented recently new drugs by Therapy Groups. Cancer at the top increasing 20%, Respiratory Drugs the only group decreasing.
It is a huge paradox, in the time when we have the progressive increasing of prevalence and mortality of chronic respiratory diseases!!! 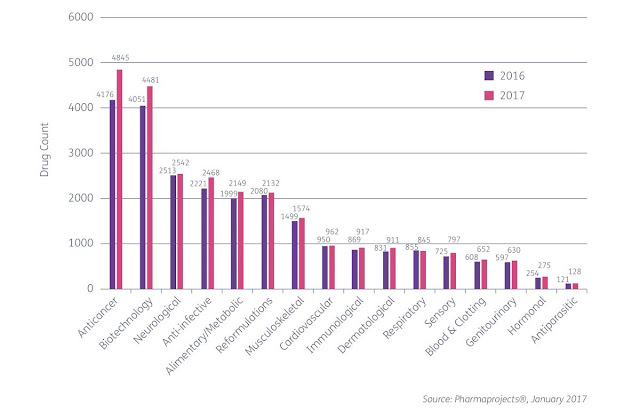 Respiratory diseases are STILL among the leading causes of death worldwide.

Lung infections (mostly pneumonia and tuberculosis), lung cancer and chronic obstructive pulmonary disease (COPD) together accounted for 9.5 million deaths worldwide during 2008, one-sixth of the global total. The World Health Organization estimates that the same four diseases accounted for one-tenth of the disability-adjusted life-years (DALYs) lost worldwide in 2008.
The Global Burden of Disease (GBD) Study recently compared the contribution of major diseases to deaths and disability worldwide for 1990 and 2010. Among the leading causes of death, lower respiratory infections were ranked 3rd in 1990 and 4th in 2010, whereas COPD was ranked 4th in 1990 and 3rd in 2010. Lung cancer rose from 8th- to 5th- commonest cause of death, while tuberculosis fell from 6th to 10th position in the ranking.
The GBD Study also presented rankings for years lived with disability, among which asthma ranked 13th worldwide in 1990 and 14th in 2010, while COPD ranked 6th in 1990 and 5th in 2010. When premature deaths and disability were combined as DALYs  lost, lower respiratory infections were ranked the leading cause worldwide in 1990, and the 2nd most important cause of DALYs lost in 2010. Also among the 25 most important causes were COPD (ranked 6th in 1990 and 9th in 2010), tuberculosis (ranked 8th in 1990 and 13th in 2010) and lung cancer (ranked 24th in 1990 and 22nd in 2010).
Posted by Alexandru Corlateanu at 1:56 AM No comments: