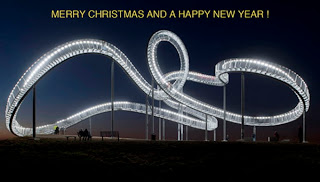 Posted by Alexandru Corlateanu at 7:09 AM No comments:

We wish you a wonderful Christmas and Holidays time and Happy New Year!!! We would like to extend our gratitude to all our fans and supporters for your continuing support and help in 2011!
We are sure that 2012 will be successful year for the Respiratory Decade all over the world! 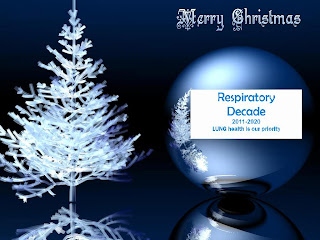 Posted by Alexandru Corlateanu at 9:59 AM No comments:


17 December 2011 is one year of Respiratory Decade!!!
We want to thank all our Respiratory supporters and friends!
What we realized in this our first year?
We made visible our initiative all over the world: we are having more than 3000 of vizualisations per month from more than 130 countries!
Alexandru CORLATEANU contributed to the GOLD 2011 guidelines and launched great international study - BOLD (Burden of Obstructive Pulmonary Diseases) in Moldova.
We organized promotion of many respiratory diseases via Special Days: World Asthma Day, World COPD Day, etc.
We launched Respublic and Lunguage!
But we are ready for new Respiratory results and victories!
Breathe with us!!!

Posted by Alexandru Corlateanu at 7:35 AM No comments: 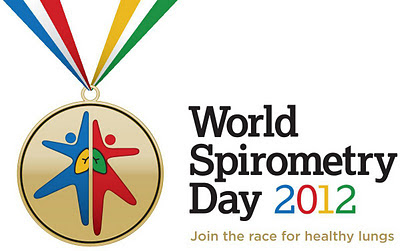 The campaign will focus on sport and the lungs, and resources will be provided for all those organising testing events related to the Olympic theme. Testing will not be limited to this day alone and participants are encouraged to capitalise on the Olympics and hold events on the run up to the games on July 27 and beyond.

Lung champions is a campaign which is promoted by European Lung Foundation. You can nominate Lung Champions who can help raise awareness of the importance of activity and sport for lung health. Lung Champions can be young athletes with cystic fibrosis, a COPD patient taking part in a pulmonary rehabilitation programme or an Olympian with asthma.
Please use Lung champion nomination form for your  Lung Champions!

We want to remind you about success of First World Spirometry Day 2010! It was inspired by Professor Nikos SIAFAKAS President of European Respiratory Society:  “Increased awareness about lung health is vital, and by taking a simple and painless test that only takes a few minutes to perform, everybody can find out about the state of his lungs” .
Posted by Alexandru Corlateanu at 7:49 AM No comments:

Patients for patients: Your role in RESPIRATORY healthcare

Dear Respiratory Friends,
Today we are presenting new exiting RESPIRATORY Competition by Lovexair Foundation from Spain!!!
Its great opportunity for respiratory patients and doctors to enhance the role and impact of new ways and methods of education that will help to chronic respiratory patients from all over the world to be more active and healthy!

The prize: 500 Euros for the winning entry in this competition
How can you win?
Build an educational module for patients with chronic respiratory disease.

“Patients for patients: Your role in respiratory healthcare” competition helps to share valuable ideas, knowledge and experience mainly from patients with chronic respiratory disease and healthcare specialists in order to create an advanced educational concept that can be used at global level, at low cost.
If you want to participate in this creative and educational programme that builds a permanent support system for patients using their feedback and win 500 Euros for your group or for your organisation:
Create your own educational module that includes content and methods on how best to teach patients or care-givers about managing their illness, their daily-life, or anything that improves their quality of life.

For further information, click here: in  English or in Spanish

Good Respiratory Luck to everybody!!!

Posted by Alexandru Corlateanu at 8:39 AM No comments: