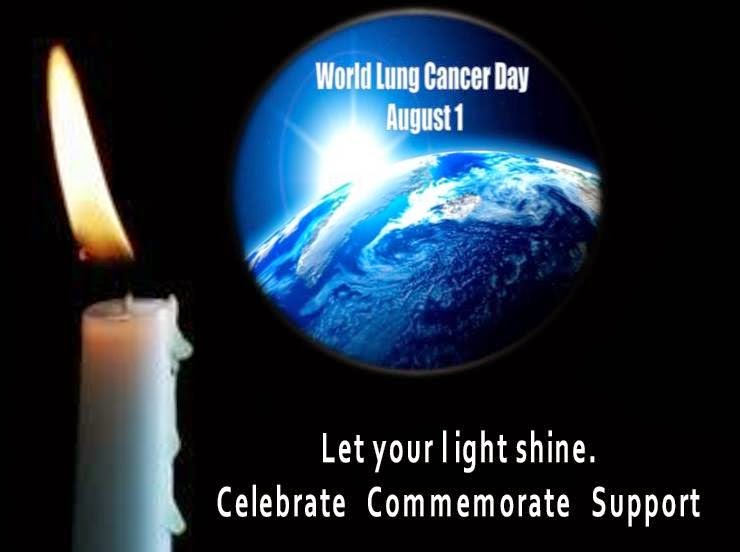 Lung Cancer, often referred to as the “Invisible Disease”, is generally asymptomatic and often goes undetected or misdiagnosed, while advancing to a late incurable stage. Only 15% of patients diagnosed in the late stages will survive 5 years.
Although early detection screening has been a topic of great concern and study, the guidelines established by the American Cancer Society, continue to leave a large percent of the population ineligible for screening. Anyone can get Lung cancer.
Widely portrayed and publicized as a “Smokers Disease”, over 60% of newly diagnosed patients are never smokers or quit years ago .An increasing amount of young non-smoking women are being diagnosed. Anyone with lungs can get Lung Cancer.
Lung Cancer is the #1 cancer killer in the U.S., claiming 160,000 lives annually. This is nearly 10 times the amount of lives lost to AIDS ( 18,000 annually) . Lung cancer claims more lives than breast, colon, kidney, and melanoma cancers ...combined.
This year, Lung Cancer will kill twice as many women as Breast Cancer.
Lung Cancer receives less research funding (per death) than any other type of cancer.
Radon, asbestos, diesel, poor air quality, environmental pollutants, chemical toxicity, occupational exposures, genetics, - are all known factors that contribute to causing Lung Cancer. Anyone that breathes, can get Lung Cancer.
The first question most Lung Cancer Patients are asked is “Did You Smoke?". The public perception that Lung cancer is a smoker’s disease, the “blame-the-victim” mentality and the overall stigma attached to this disease, far too often denies Lung cancer patients the support and compassion afforded other cancers and major diseases.
Lung cancer patients face the same physical, emotional and financial hardships as any other cancer. They battle the same fears, depression, losses and grueling treatments. Yet those battling receive minimal recognition and support from our society. Lung Cancer is bad-Its victims are not. Like AIDS, Alcoholism, Obesity, Drug abuse and a myriad of diseases that can be “rooted in causes” Lung cancer Patients and Caregivers deserve support, not shame and blame. 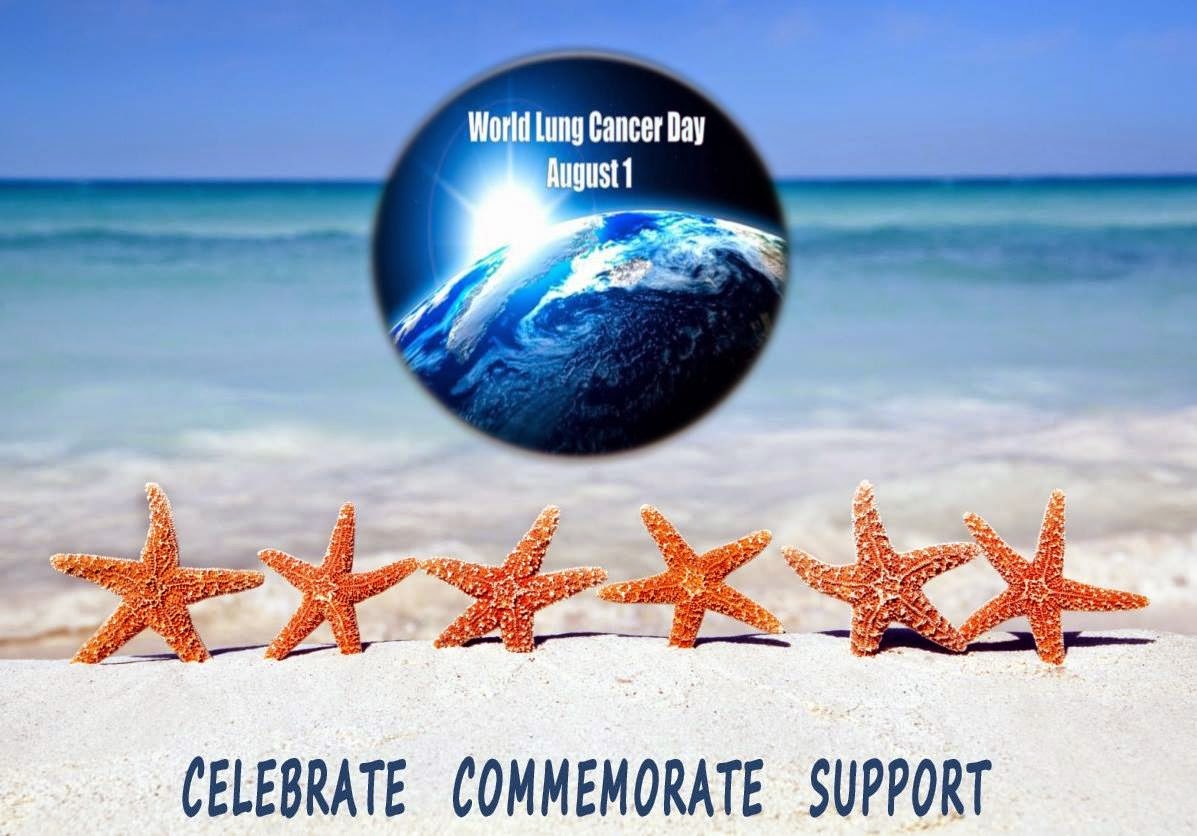 Our Voice is being heard around the World, from prominent Cancer Centers to Lung Cancer Organizations & groups...But most especially, in events held to honor the people of lung cancer.
World Lung Cancer Day is recorded in Chase's Worldwide Calendar of Events (The #1 global reference source, used by News & Media for holidays & events) as an annual day of Observance for all those affected by and lost to Lung Cancer worldwide.
WLCD is an initiative driven by the People of Lung Cancer, with no Political or Organizational affiliations or global boundaries.
23+ Official Proclamations declaring August 1,WLCD have been issued in USA States & Cities. Events, vigils, Memorials, community gatherings & celebrations are being held. Social media, newspapers & magazines are promoting WLCD. Worldwide cancer centers, health groups & organizations recognize & celebrate World Lung Cancer Day-August 1.

Posted by Alexandru Corlateanu at 9:27 PM No comments: 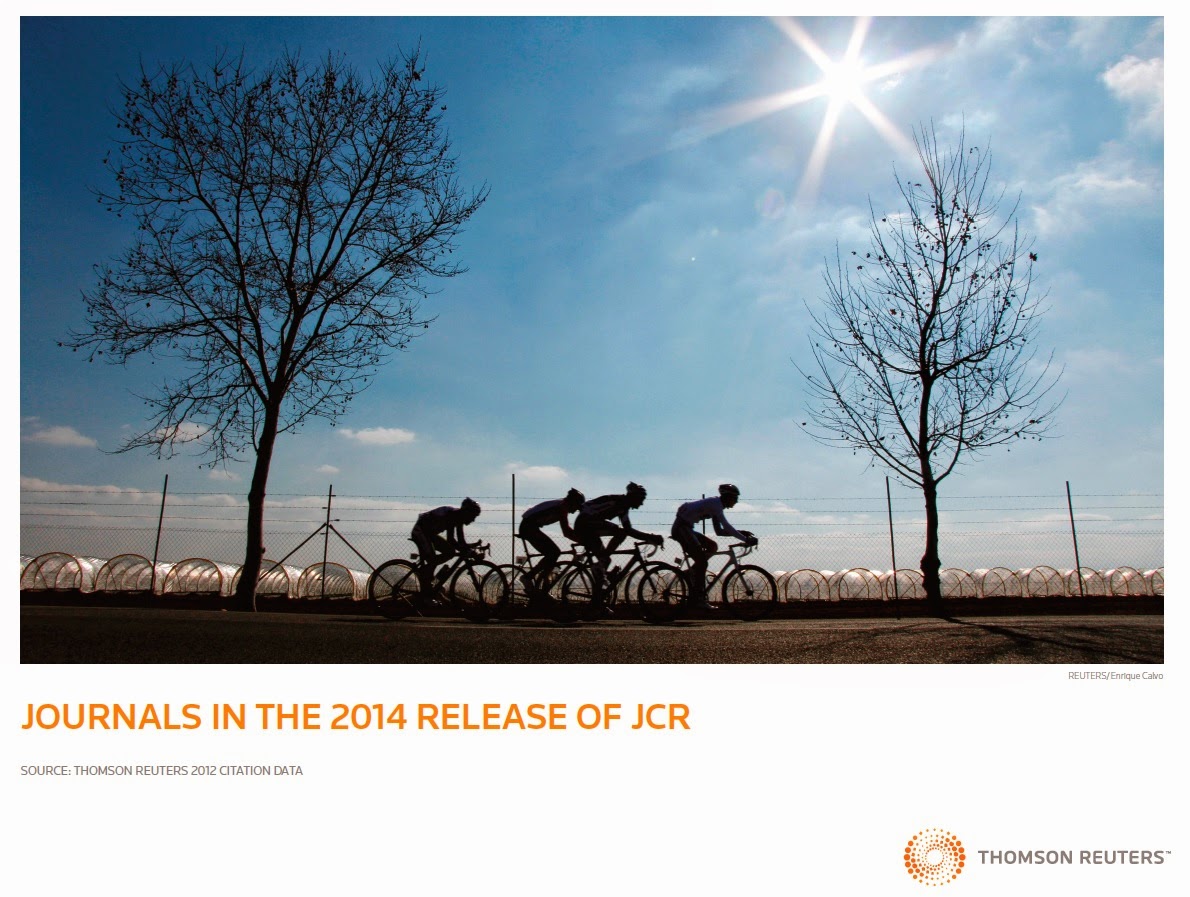 The recognized authority for evaluating journals, JCR presents quantitative data that supports a systematic, objective review of the world’s leading journals. Using a combination of impact and influence metrics, and millions of cited and citing journal data points that comprise the complete journal citation network of Web of Science™, JCR provides the context to understand a journal’s true place in the world of scholarly literature. 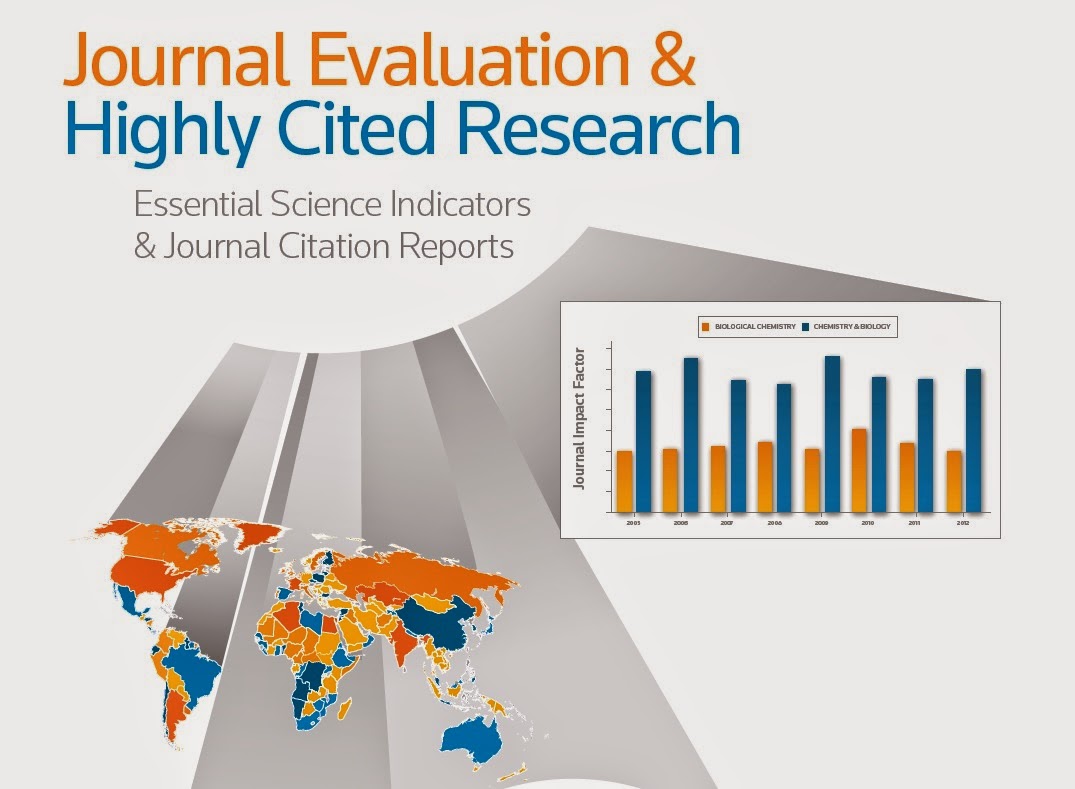 Please go to below link- and then go to the section "Journal Citation Report". You can find there 2013 IFs for any Journal.

World Hepatitis Day is an annual event on the 28th July that provides international focus for patient groups and people living with viral hepatitis. It is an opportunity to raise awareness and influence real change in disease prevention and access to testing and treatment. 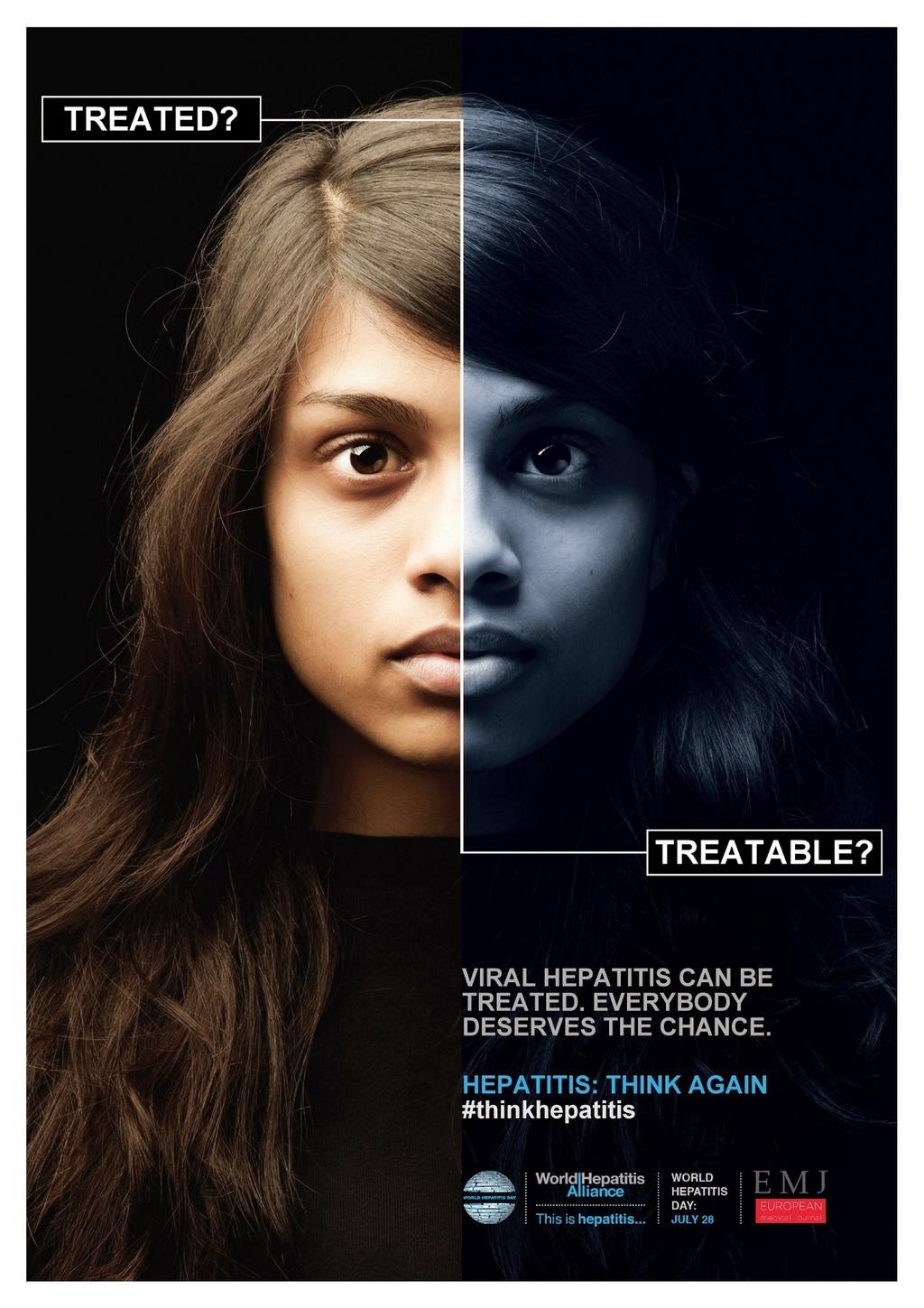 Every year World Hepatitis Day gets bigger and bigger, with more countries and organisations taking part. Since its launch in 2008, thousands of events have taken place, from rock concerts and press briefings to ministerial meetings and fundraising events. In 2012 the World Hepatitis Alliance organised a Guinness World Record attempt for the most people performing the ‘see no evil, hear no evil, speak no evil’ actions within 24 hours.

World Hepatitis Day is recognised every year on the 28th July. This date was chosen to mark the birthday of Professor Baruch Blumberg, awarded the Nobel Prize for his work in discovering the hepatitis B virus. He said: ‘It's good to know that my birthday will be remembered in this unusual and unexpected way.  We never thought this would happen when we were studying a strange protein from Australia.’

There are many links between hepatitis and different Respiratory conditions. Over the last decade, an increasing number of reports have suggested that chronic HCV infection is also associated with both direct and indirect effects on pulmonary tissue. While not all of these effects have been tightly linked to HCV infection, there are now sufficient studies available that warrant a review of the major pulmonary sequelae associated with chronic HCV infection 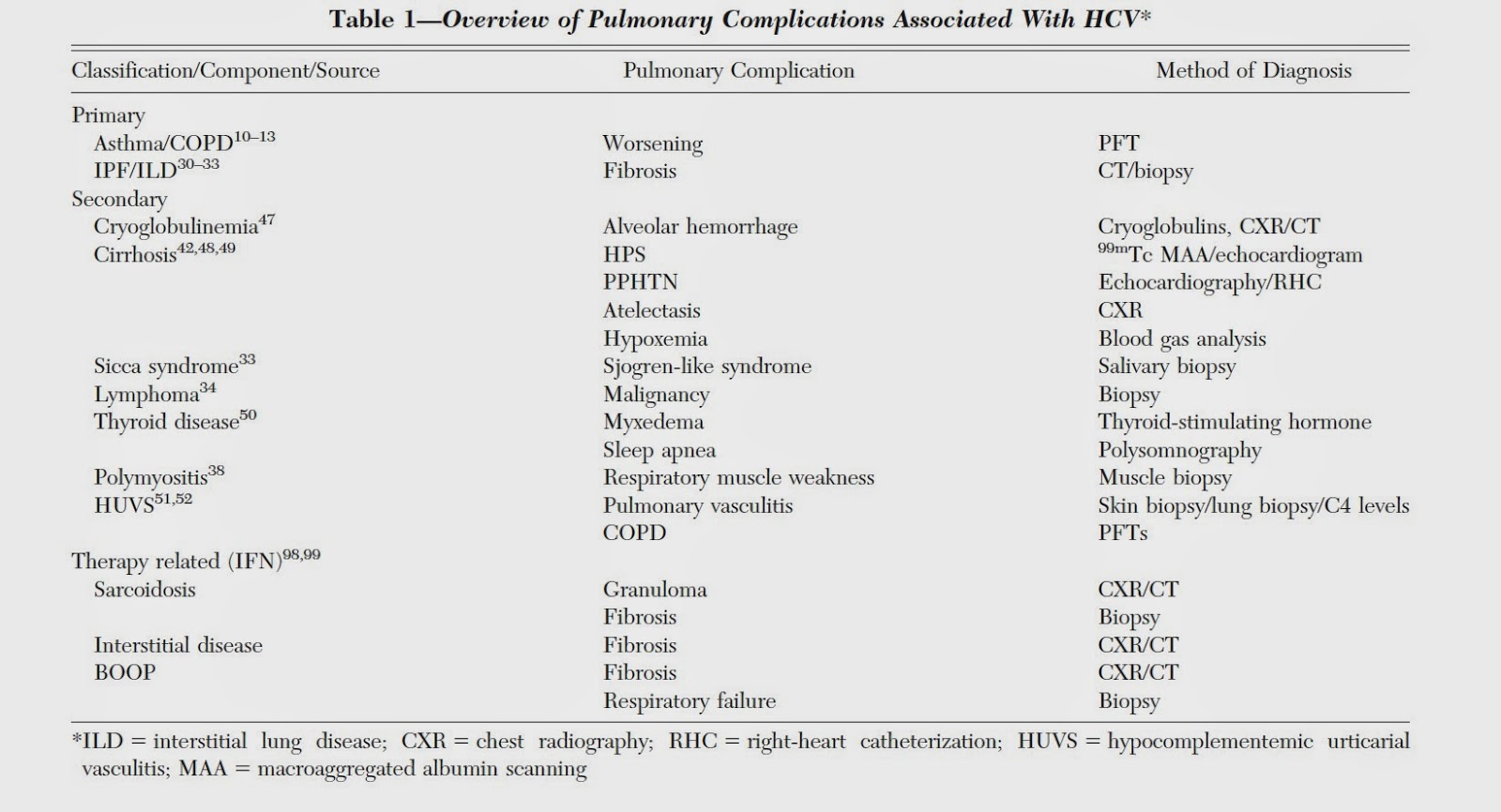 The European Sleep Research Society is an international scientific non-profit organisation whose purpose is to promote research on sleep and related areas, to improve the care for patients with sleep disorders and to facilitate the dissemination of information regarding sleep research and sleep medicine.

The Estonian Sleep Medicine Association is a young society, founded in 2005, and the ESRS is proud to host its congress in a region where sleep medicine and sleep research is developing at a fast pace. We are particularly happy that representatives of other Nordic sleep societies have accepted our invitation to join the local organising committee. Tallinn, the capital and largest city of Estonia, is considered to be Estonia’s crown jewel, boasts cobbled streets and rejuvenated 13th-century dwellings. Dozens of cafés and restaurants create an atmospheric retreat after exploring historic churches and scenic ruins, galleries and boutiques. Like most cities with an eight-hundred-year-old past, Tallinn is a patchwork of historic areas. The city’s pride and joy is without a doubt its Medieval Old Town with impressive and worth seeing monuments as Tallinn Town Hall which is the only Gothic style town hall left in Northern Europe, the Medieval Churches, Towers and Gates. Congress attendees will not only benefit from scientific exchange during the formal activities. Networking with colleagues with a mixture of backgrounds allows for identifying new research ideas and cooperation. The ESRS family is also about friendship and having fun; over the years many of us have established lasting friendships with colleagues from abroad, highlighting the international and truly European character of European Sleep Research Society.
ESRS 2014 Congress, Tallinn, Estonia from user15840626 on Vimeo.

Please click here to see the detailed, interactive programme of the ESRS 2014.
Posted by Alexandru Corlateanu at 11:39 PM No comments:

Since the earliest days of the fight against AIDS, we as a community have understood the importance of taking time to remember and recognize the loss of our loved ones. This Sunday, at the start of the opening session of the 20th International AIDS Conference (AIDS 2014) in Melbourne, Australia, we will honor those who died on Malaysian Airlines flight MH17 through a special tribute delivered by their friends and colleagues.

The International AIDS Society invites you to join us wherever you are in this global moment of remembrance. Please take time to pause from your day and gather with colleagues and loved ones.

Posted by Alexandru Corlateanu at 9:48 PM No comments:

Management of Stable COPD: An Update 2014

Dear Respiratory friends, we are happy to present our new article: Management of Stable COPD: An Update 2014 from Current Respiratory Medicine Reviews! Free for download!
http://benthamscience.com/journal/abstracts.php?journalID=crmr&articleID=120557

ABSTRACT Chronic obstructive pulmonary disease (COPD) is a major problem for public health worldwide and an important cause of morbidity and mortality at the global level. Its burden is expected to increase progressively in the next years. This article summarizes the most current aspects of the non-pharmacological and pharmacological treatment of stable COPD. Non-pharmacological therapies, such as smoking cessation, vaccinations, oxygen therapy and pulmonary rehabilitation are covered briefly. Drug classes covered are short acting beta agonists (SABA), short acting muscarinic antagonists (SAMA), long acting beta agonists (LABA), long acting antimuscarinics (LAMA), inhaled corticosteroids (ICS), LABA/ICS combinations and specific phosphodiesterase (PDE4) inhibitors.
Posted by Alexandru Corlateanu at 11:04 AM No comments: