World COPD Day 2013: one more chance to make some noise for COPD


The early stages of COPD are often unrecognized, in part because many individuals discount symptoms such as breathlessness, chronic cough, and bringing up phlegm as a normal part of getting older or an expected consequence of cigarette smoking. 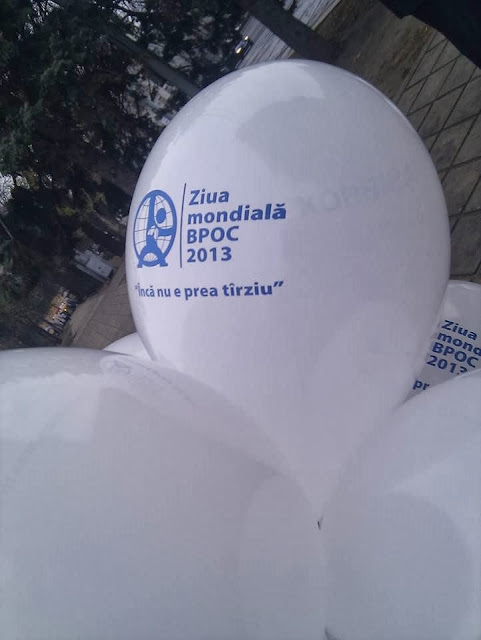 World COPD Day in Moldova!
“Better awareness of COPD symptoms like chronic cough and breathlessness is key to improving early diagnosis,” says Dr. Marc Decramer, Chair of the Board of Directors of the Global Initiative for Chronic Obstructive Lung Disease (GOLD). GOLD is the organizer of World COPD Day. 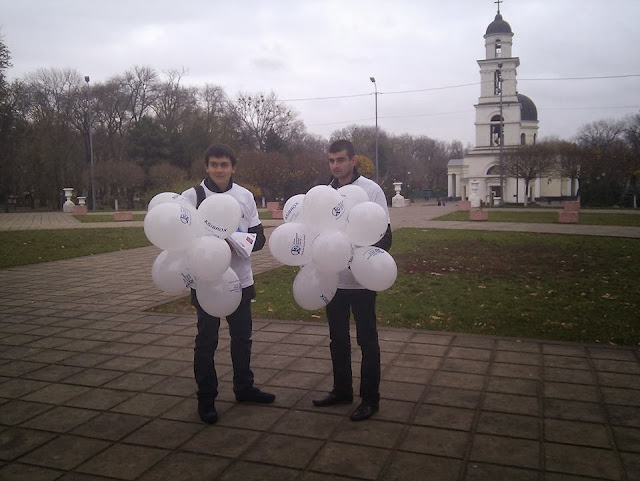 COPD is diagnosed using a breathing test called spirometry. This test, which is painless and takes only a few minutes, measures the amount of air a person can breathe out, and the amount of time taken to do so. Researchers are also studying additional ways to identify COPD earlier in the course of disease.

There is no cure for COPD, which may also contribute to underdiagnosis of the disease. People whose breathlessness is more severe may find the possibility of finding out that they have COPD frightening, and avoid seeking treatment. “COPD treatment is most effective when begun early in the course of the disease,” says Dr. Jorgen Vestbo, Vice-Chair of the GOLD Board of Directors. “However, at all stages of disease, treatments are available that reduce symptoms such as breathlessness and enable people to participate more fully in daily life.” Furthermore, new medications hold the promise of treating COPD more effectively and with fewer side effects. Scientists are also studying disease markers that in the future may enable them to predict when a person’s COPD symptoms will get worse. “In order to reduce the burden of COPD, we have to identify more of the people who have it,” says Dr. Vestbo.
COPD occurs most often in patients who are over age 40 and who have a history of exposure to COPD risk factors. Worldwide, the most commonly encountered risk factor for COPD is cigarette smoking.  Other important risk factors include dusts and chemicals encountered on the job and smoke from biomass fuels (such as coal, wood, and animal dung) burned for cooking and heating in poorly ventilated dwellings, especially in developing countries.
Patients may be able to slow or even stop the progress of COPD by reducing their exposure to risk factors for the disease. Without treatment, however, COPD is generally a progressive disease, and as the disease gets worse patients become breathless during everyday activities such as climbing a flight of stairs, walking the dog, or even getting washed and dressed in the morning.
World COPD Day was first held in 2002, and has grown each year to become one of the most important COPD events globally. On World COPD Day, dozens of awareness-raising activities for health care professionals, COPD patients, the general public, and the media will take place in countries all over the world.

Posted by Alexandru Corlateanu at 11:45 AM